The consumption of electric cars is the same as for combustion engine vehicles: the more efficiently you drive, the further you will travel. The Volkswagen ID.3 has shown how far it can go: 602 kilometres. This is much further than the officially proven furthest range of an electric car – and it's also a record.

The consumption of electric cars is the same as for combustion engine vehicles: the more efficiently you drive, the further you will travel. The Volkswagen ID.3 has shown how far it can go: 602 kilometres. This is much further than the officially proven furthest range of an electric car – and it's also a record.

Find out more about increasing the range of your electric car here:

In September 2021, Felix Egolf from Switzerland smashed the range record with an all-electric Volkswagen ID.3: 602 kilometres (approx. 376 miles) over 15 mountain passes and 13,000 metres of altitude with just one battery charge. This time, Felix was driving an ID.3 Pro S and, thanks to extremely efficient driving and recuperation, he travelled from Cham in Switzerland through the Swiss mountains and back again.

It's not the first driving record this former airline pilot has set: back in the summer of 2020, Felix drove the first ID.3 model from the factory in Zwickau to Switzerland without stopping to charge. He covered a distance of 531 kilometres (nearly 332 miles) from Zwickau in Germany to Schaffhausen in Switzerland. In doing so, he set the very first record for electric car range. On top of this, the ID.3 1st Pro Performance with a 58 kW battery exceeded the range of up to 420 kilometres2, Volkswagen's official figure, by a massive 100 kilometres.

This record drive shows just what electric vehicles can do when driven efficiently. And you don't have to suffer any discomfort to reduce consumption. Quite the reverse – during his drive in the compact electric car, Felix had additional electricity consumers, such as satnav, daytime running lights, radio and ventilation, switched on for some or all of the time.

Felix is a hypermiler. The term hypermiling refers to the attempt to cover as much distance as possible with just one tank of fuel or battery charge. The records set by the ID. models demonstrate that an electric car's range can be dramatically increased if you follow a few useful tips.

Hypermiling, or highly efficient driving, requires an efficient driving style. So, take your foot off the accelerator. Because when range matters more than speed, you should drive a bit more slowly and, above all, use anticipation to avoid sharp braking and acceleration. On the motorway, it's a good idea to try and stick to a uniform speed of between 50 and 56 miles an hour. Record-breaking pilot Felix also used the slipstream of trucks ahead of him – at a safe distance, of course. 44 per cent of his journey was on the motorway, with the remaining 56 per cent on A and B roads. It took Felix nine hours to drive from Zwickau to Schaffhausen at an average speed of 56 km/h (35 mph).

Of course, this test was an extreme example. Nonetheless, it goes to show: a laid-back driving style gets the furthest range out of an electric car. The drive technology of electric vehicles is becoming ever more efficient as well. And the innovations of e‑mobility and battery technology come, like the ID. Family, from Germany.

It's in the electric car factory in Northern Germany that the record-breaking ID.3 rolled off the production line. The Volkswagen plant in Zwickau is the first to be completely converted over to the production of electric cars. Since its completion in 2021, six electric models in three Group brands have been produced in Zwickau.

Somewhat further east, scientists from the Fraunhofer Institute for Manufacturing Technology and Advanced Materials (IFAM) in Dresden and the Helmholtz-Zentrum Dresden-Rossendorf (HZDR) research centre are working on a new lithium-ion battery that will increase the range of electric cars.

Lithium-ion batteries  (also known as Li-ion batteries or LIBs) supply the electric motor with energy in both all-electric cars and plug-in hybrids. Due to their high energy density, Volkswagen relies on this type of drive for its electric models.

And this is how a lithium-ion battery works: When a battery is discharging, charged particles (ions) of the alloy lithium travel via the external circuit from the anode to the cathode. During charging, on the other hand, the ions move through liquid electrolytes from the cathode to the anode, where they are stored.

The batteries of the future could look like this

To improve the energy density and lifespan of batteries still further, research is focusing among other things on a novel kind of anode with a larger storage area. The aim is to store as much energy as possible in the smallest possible space.

But German car manufacturers have been working for years on something more powerful, more reliable and cheaper than the LIB: the solid-state battery. As its name suggests, this battery does not need liquid electrolytes. It is also lighter, because of the thinner separating layer between the cathode and anode. But above all, the solid-state battery has a much higher storage density than a lithium-ion battery. Then, electric cars would have a considerably bigger range. And, as pure lithium is used, these new batteries will also charge faster.

In California, Volkswagen's partner QuantumScape is conducting research into solid-state batteries. The company has announced that, together with Volkswagen, it will decide on a location for a new factory for these electric car batteries by the end of 2021. 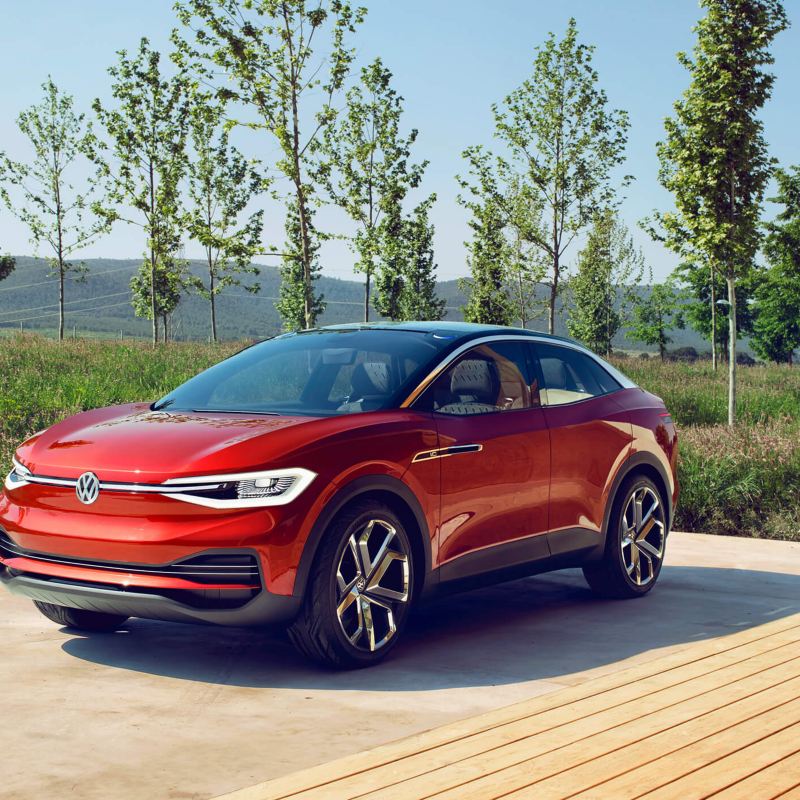 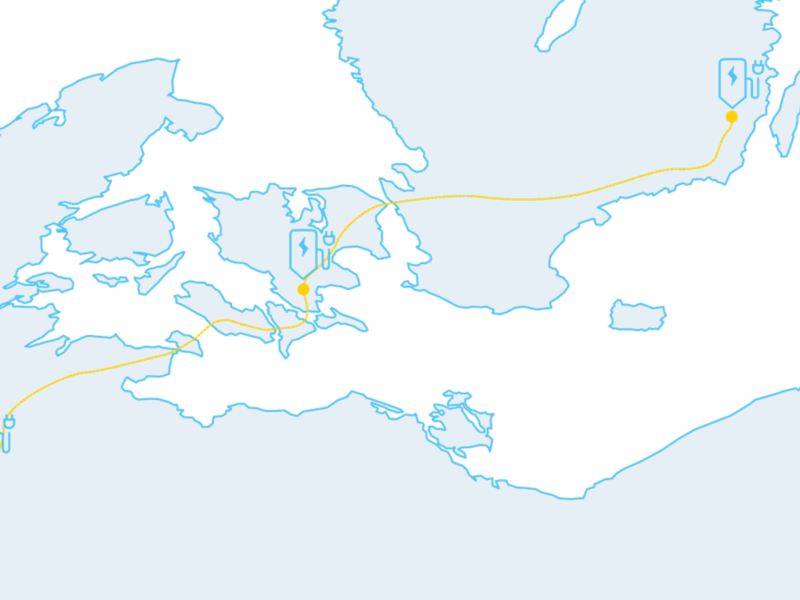 How far can your electric car go? 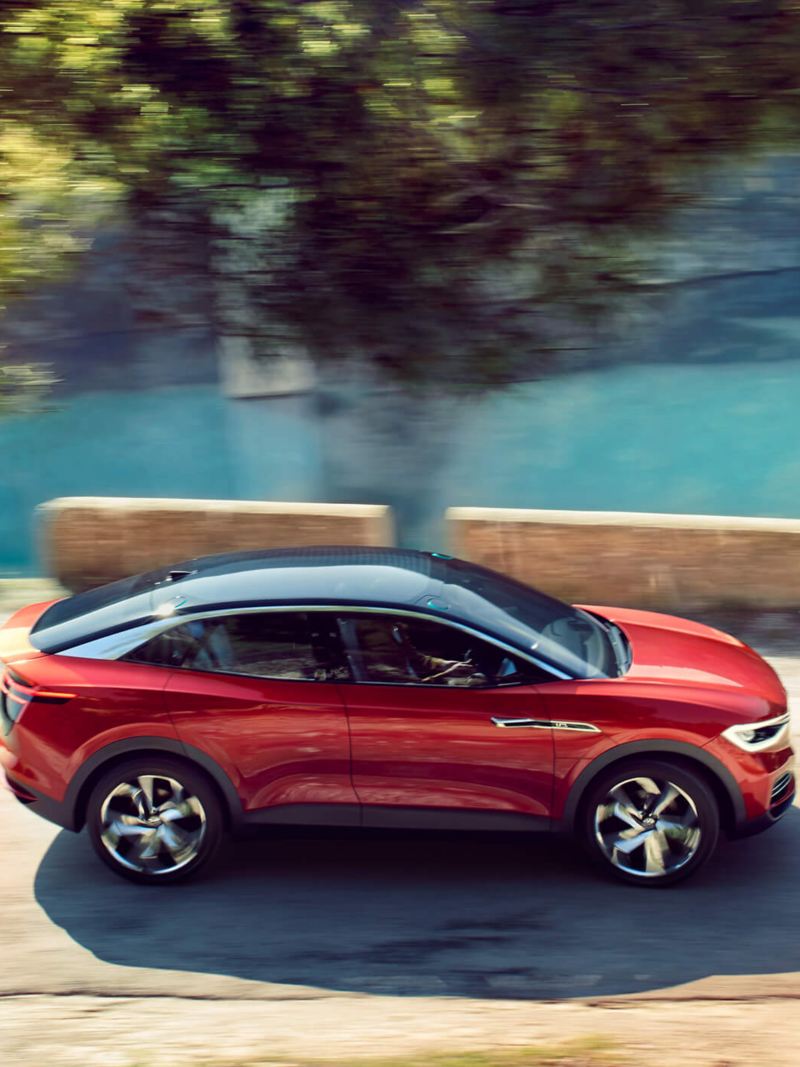