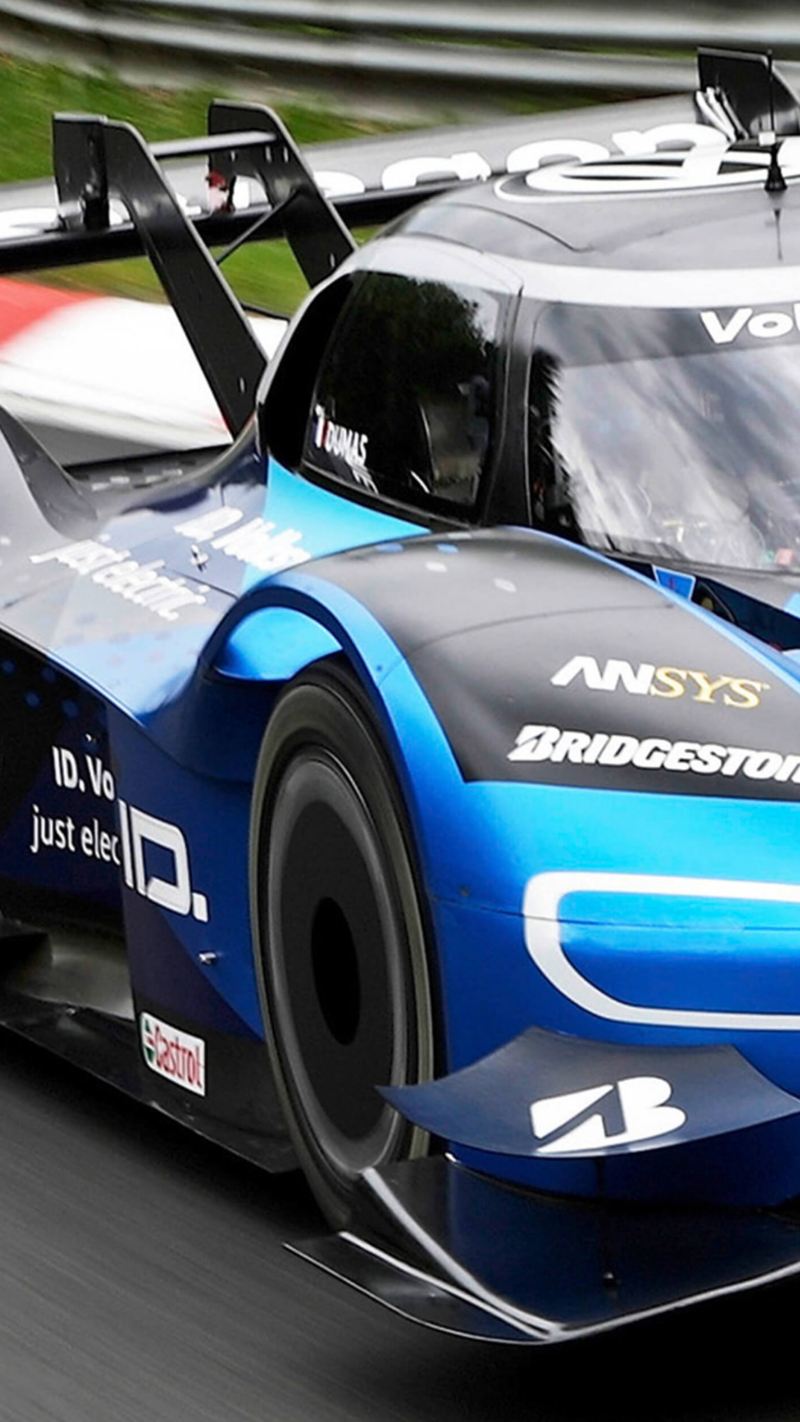 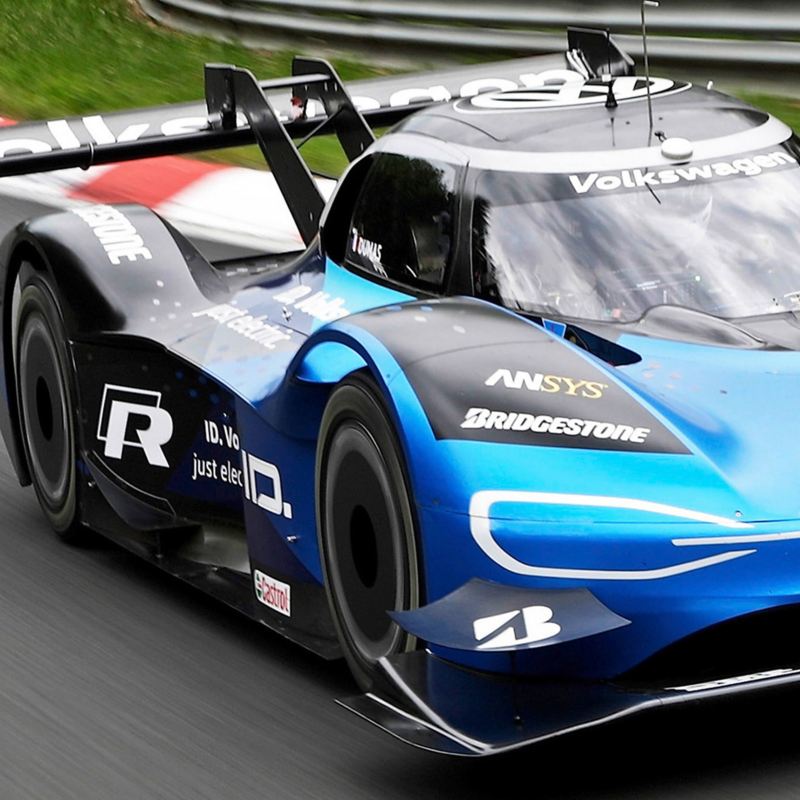 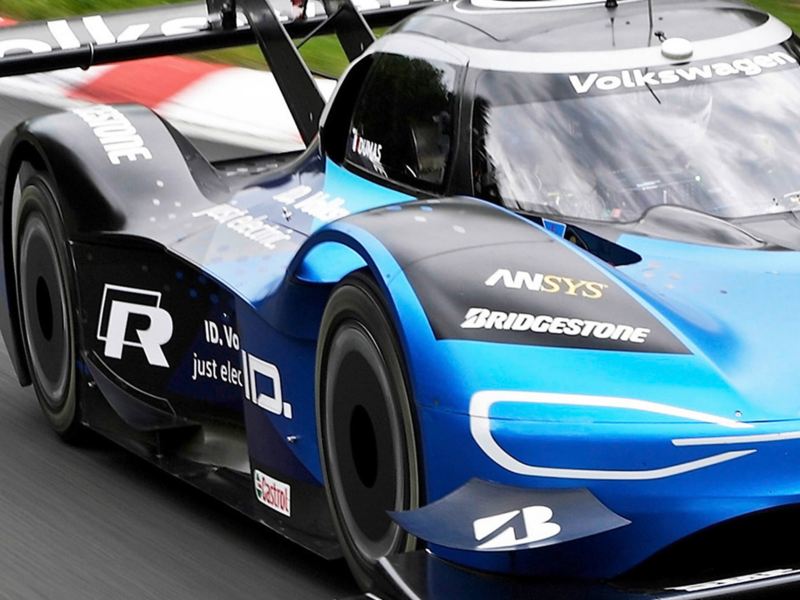 Volkswagen ID.R achieves the most energy-efficient lap of all time on the Nordschleife

The electric record on the iconic Nordschleife with a remarkably low amount of energy: Exactly two months ago, Volkswagen achieved an electromobility milestone with the ID.R. The fully-electric ID.R raced through the 20.8-kilometre “Green Hell” in a time of just 6:05.336 minutes and at an average speed of 204.96 km/h – and all whilst using just 24.7 kWh of energy. This meant the ID.R was not only significantly faster than a GT3 sports car, but also consumed only a quarter of the energy over the course of one lap. The ID.R is the sporty forerunner and prototype for the ID.R family, with which Volkswagen will bring E-mobility to the streets for everyone from 2020. Technology used successfully during the record attempts with the ID.R will be incorporated in production vehicles.

Facts and figures from the record Nordschleife lap
The Volkswagen ID.R made history on 3 June 2019 – with the fastest lap of the Nordschleife ever by an electric car. The prototype is the ultimate “New Energy Vehicle” and has pushed the technology behind a fully-electric drivetrain to its limits during its record-breaking drives. The new electric lap record of 6:05.336 minutes alone is an indication of the outstanding performance produced by driver Romain Dumas (F) at the wheel of the ID.R. The analysis of the data recording also emphatically underlines the pioneering feat of driving and technology. During the ID.R’s lap of the 20.8-kilometre circuit, Dumas was subjected to centrifugal forces equating to about three and a half times his own body weight whilst cornering. The measuring instruments on board the 500-kW (680-PS) ID.R recorded up to 3.49 g.

“Two major differences between the ID.R and the sports car I drive in 24- hour races are the considerably higher cornering speeds and the shorter braking distances,” says Dumas. However, high cornering speeds and extreme braking force produce high forces. During the record-breaking lap, the sensors on board the ID.R regularly recorded values of 3 g and above. The top value of 3.49 g was recorded during the left-right combination in the “Kallenhard” section of the circuit. The most dramatic deceleration came when braking into the “Aremberg” corner, where the carbon-fibre brakes on the ID.R achieved a negative acceleration of 2.7 grams.

Your head suddenly weighs more than 20 kilograms
The high centrifugal forces are a challenge for the driver, and particularly his neck muscles. When stationary, the neck must support roughly five kilograms of head and about 1,500 grams of helmet. The top value of 3.49 g in the “Kallenhard” section of the Nordschleife temporarily increased that weight to over 20 kilograms for Dumas. He prepares for this kind of physical exertion with fitness and strength training. “To simulation that kind of situation, I have fitted an old helmet with weights. I use it to train my neck muscles in my fitness corner in the basement of my house,” says Dumas.

The ID.R hit top speed on its record-breaking lap in the “Fuchsröhre” section, a dip at the end of a longer downhill section. Here, the sensors recorded 273 km/h. Dumas came through the famous “Caracciola- Karussell” at 83 km/h – the lowest speed recorded on his record lap. The average speed for the lap was a mighty 204.96 km/h.

DRS activated more than 20 times
In order to make the most of the energy stored in the lithium-ion batteries on board the ID.R, Dumas had a manually-activated Drag Reduction System (DRS) at his disposal, similar to the one used in Formula 1. “At the push of a button I can adjust an element of the rear wing to significantly reduce drag,” Dumas explains. While he was able to call on the maximum downforce generated by the two-metre plus rear wing, DRS reduced the aerodynamic drag of the ID.R in 23 spots on the circuit – such as when accelerating and on straights. This way, the two electric engines on the front and rear axles were able to make particularly efficient use of the energy stored in the batteries. During the record-breaking lap, DRS was open for a total of 88.82 seconds – that is 24.3 percent of the driving time. The longest section with DRS activated was the three-kilometre “Döttinger Höhe” straight at the end of the lap.

The fact that Dumas was able to hit a high final velocity on this last section of the track was the result of an energy recovery strategy developed by Volkswagen Motorsport specifically for the Nordschleife. The ID.R generated 9.2 percent of the energy required for the record lap through brake energy regeneration. This figure fluctuated over the course of the lap, depending on the circuit profile. The maximum value was achieved just before entering “Döttinger Höhe”. By the start of the straight, the ID.R had regenerated exactly 9.87 percent of the energy consumed to that point.

Glycerin a virtually zero-emission source of primary energy
To generate the energy required to charge the batteries, Volkswagen Motorsport turned to an innovative method: For all of the ID.R’s record attempts, an extremely conventional looking generator has produced the primary energy required by Volkswagen Motorsport. Its power unit does not run on diesel fuel, as is common, but on glycerin. This liquid – in chemical terms a sugar alcohol, obtained as a by-product of, for example, the production of bio-diesel – burns virtually without any harmful emissions or residues. Glycerin itself is non-toxic and is even approved as additive E422 in the food and cosmetics industries.