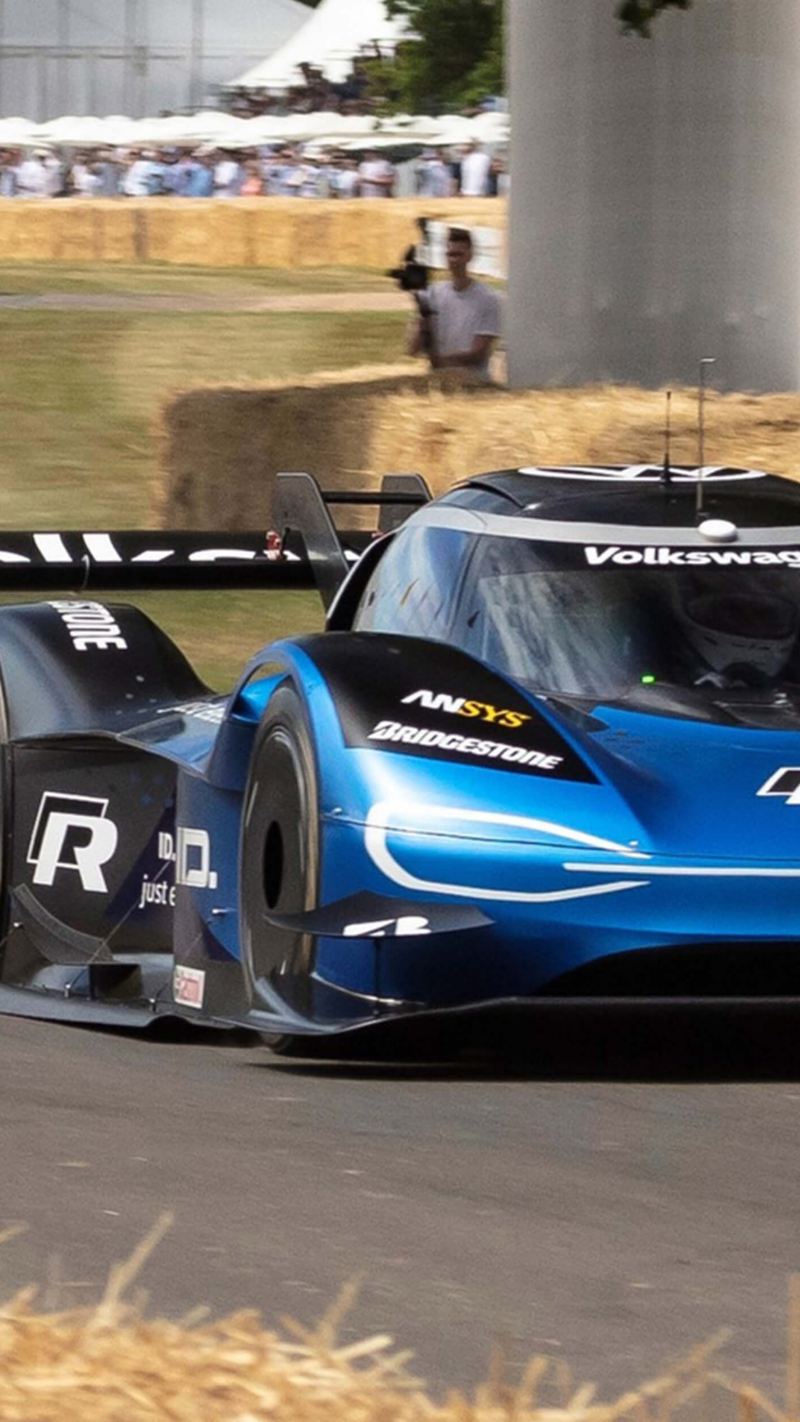 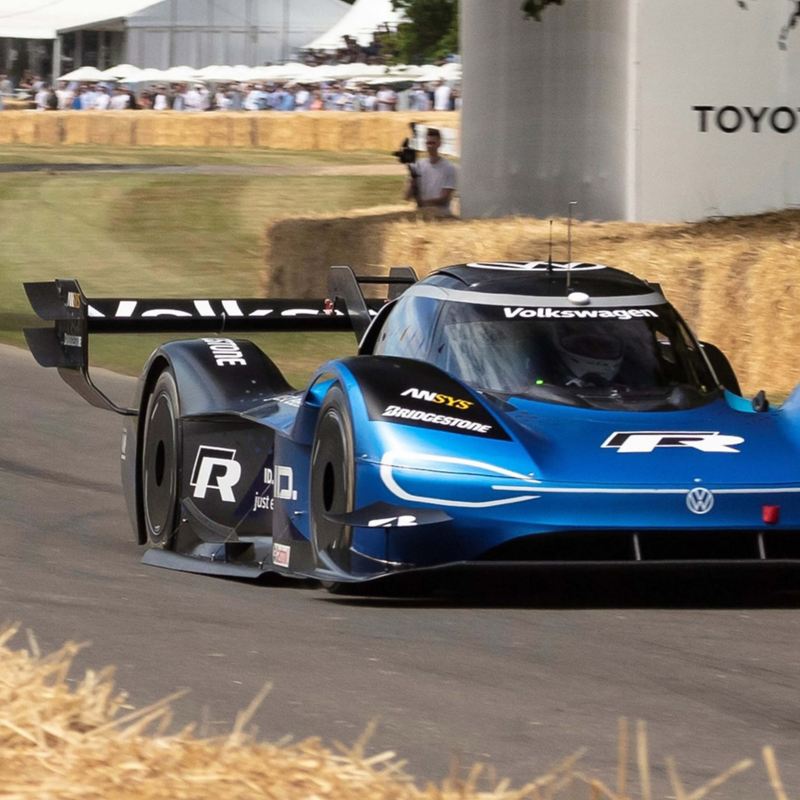 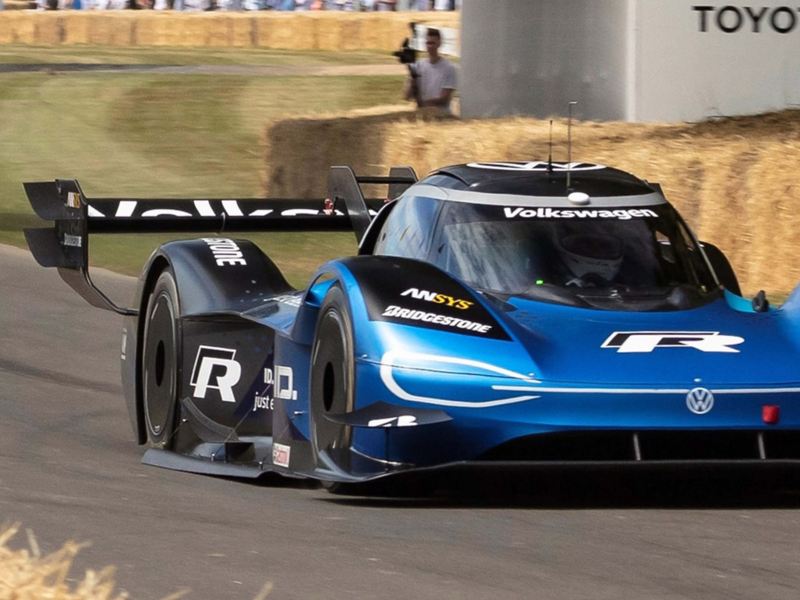 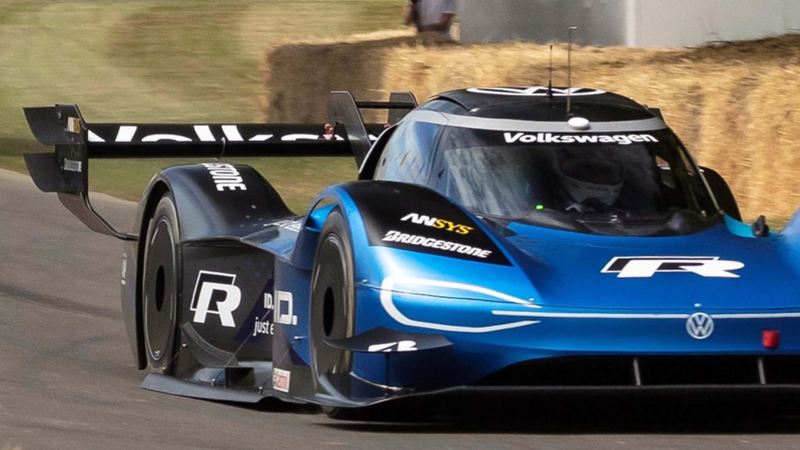 The Volkswagen ID.R has made motorsport history again by setting a new all-time record at the ‘Goodwood Festival of Speed’. Romain Dumas completed the 1.86-kilometre track in the south of England in just 39.90 seconds.

The 500-kW (680-PS) electric race car broke the previous record, which had stood for 20 years, by 1.7 seconds. He  also took victory in the Sunday Shootout. The previous record at the famous hillclimb was set in 1999 by Nick Heidfeld in a 574-KW (780-PS) McLaren- Mercedes MP4/13 with a combustion engine.

“In setting the new all-time record at the ‘Goodwood Festival of Speed’, the ID.R has once again shown that Volkswagen’s electric powertrain can outperform even the most powerful conventional powertrains,” said Volkswagen Motorsport Director Sven Smeets. “Romain Dumas exploited the full potential of the ID.R on this short but tricky track. After the victory on Pikes Peak and the e-record on the Nürburgring-Nordschleife, he has now achieved another milestone for electromobility. It was a strong performance from our whole team, which only had a very short time, in which to get a lightweight variant of the ID.R up and running for the ‘Festival of Speed’.”

“I am very proud to have set the all-time record in Goodwood with the ID.R. The short hillclimb is a very special challenge. Because the track is so short, I could not afford to make even the slightest mistake, and every aspect of the fine-tuning of the ID.R had to be perfect. That was particularly challenging, as we were not able to test on the route beforehand,” said Romain Dumas, who had previously taken overall victory with the electric record at the same venue in 2018.

Sprint version of the ID.R takes on the Formula 1 record
Volkswagen Motorsport had systematically modified the ID.R for its outing at the ‘Goodwood Festival of Speed’. Among other things, the latest evolution of the electric race car was lighter than when it set the records on Pikes Peak and at the Nürburgring. “We used a smaller battery than at the Nürburgring and optimised the power output. As such, the new sprint version of the ID.R weighs less than 1,000 kilograms, with the driver on board,” said François-Xavier  Demaison, Technical Director at Volkswagen Motorsport. The ID.R also completed its record- breaking run without the Drag Reduction System (DRS) that was designed for the high-speed sections of the Nürburgring, as the characteristic of the track in Goodwood made this superfluous.

Technology partner Bridgestone, which was also involved in the record-breaking run in Goodwood in 1999, also supplied special tyres for the 1.86-kilometre sprint. “We are proud to have been part of this project and the new record in Goodwood. To ensure the Volkswagen ID.R had the best tyres for this track, we developed a particularly soft variant of the Bridgestone Potenza slick,” said Mark Tejedor, Vice President OE Bridgestone EMEA. “We are obviously delighted that Bridgestone is still the tyre on the record-breaking car, even after more than 20 years.”

Around 180,000 visitors discover the ID. family
Approximately 180,000 visitors flocked to the ‘Goodwood Festival of Speed’ over the course of the weekend. As well as the on-track action, Volkswagen also offered them a fascinating glimpse of the future of electromobility. The brand presented a first public foretaste of the ID.31, which in 2020 will be the first model in the new ID. family to hit the market. Not only that, but Volkswagen also provided an insight into more future variants of the fully-electric series, in the form of the ID. BUZZ and ID. VIZZION studies.

1) This vehicle is not yet for sale in Europe