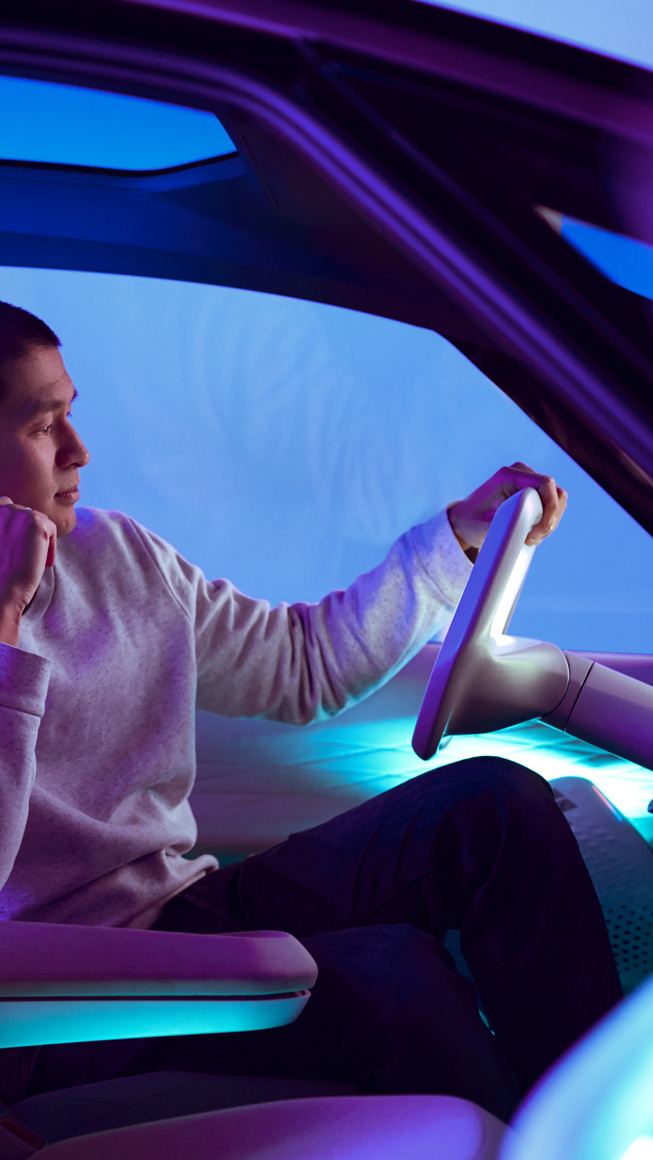 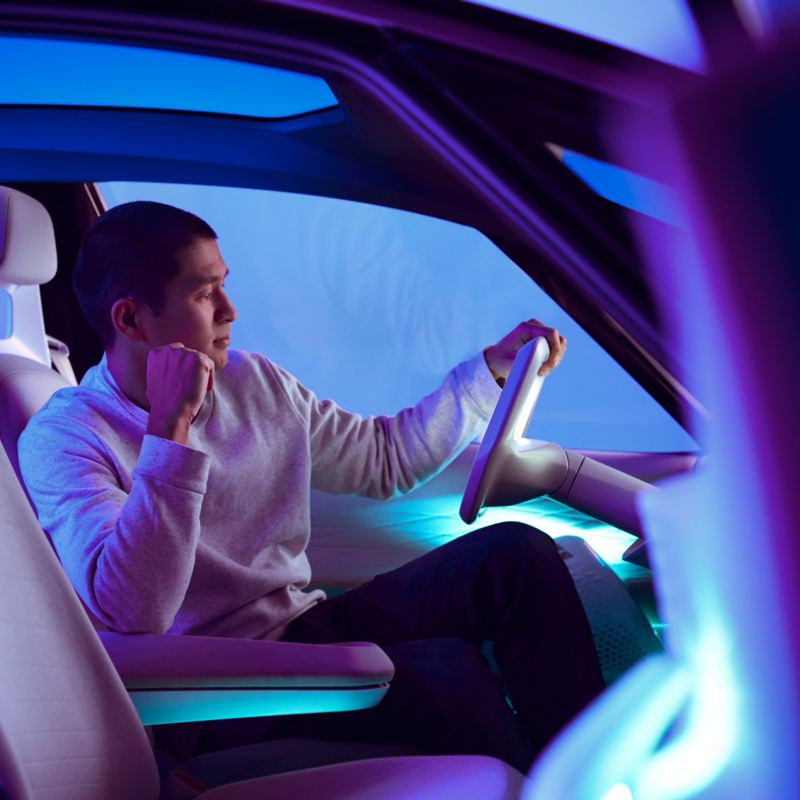 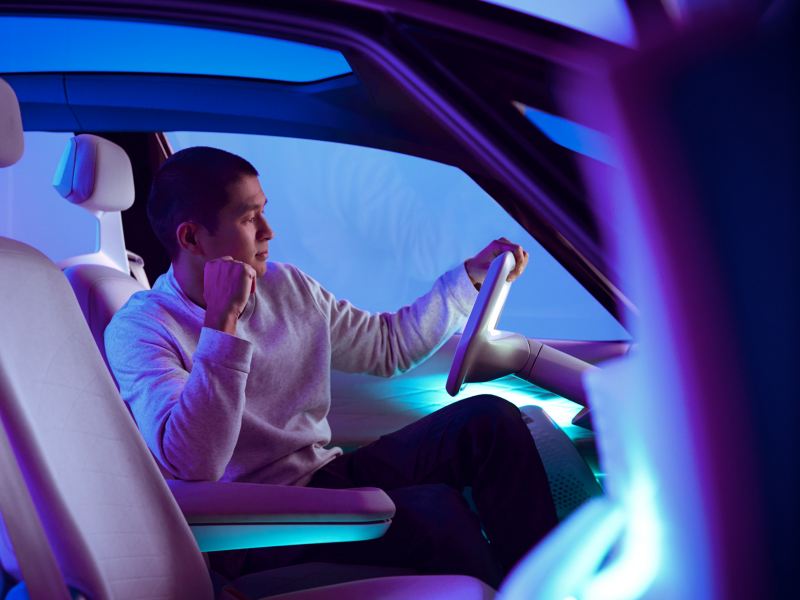 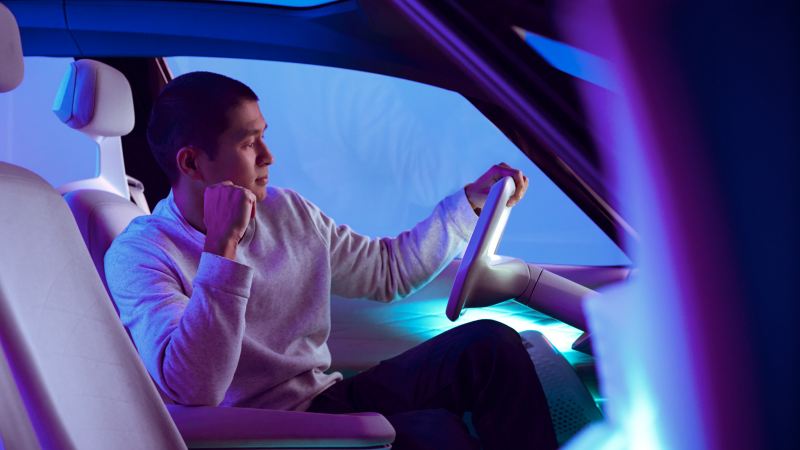 Vision on e-mobility and space

Vision on e-mobility and space

At first glance, one may think functional clothes represent laziness, or a disinterest in fashion, but in Van Bo's case it's an image of honesty and pureness. He has other, more important things to think about. He ponders over future scenarios of housing shortages, how cities could change, and the space that transports us from A to B. When you ask him about the space of tomorrow, Van Bo erupts into a passionate speech, speaking not only with words, but also with his eyes and hands.

“If everyone on earth deserves a space of their own, and we are, what, seven billion people now, and everyone gets around 40-50 square metres, do you know how much space that would be!? This earth is probably too small for all of us!", says Van Bo. So it seems that we need to re-think our spaces. This is the motivation behind his most notable project: the 1sqm house. 1m x 1m...and that's all. We struggled to imagine how one can fit into such a small space, but Van Bo is adamant that society shouldn't take the definition of a house so literally. As well as being an architect, Van Bo is also an artist.

"When talking about housing, we often discuss numbers...but is that it!?" asks Van Bo. Is the idea of 'the more space you have, the happier you'll be' true? Van Bo raises the question about how much we actually need to have to be happy, rather than providing the perfect solution. Within the walls of his home in Berlin, Van Bo starts to see these ideas come to life, by multi-purposing his living space. "I live with my wife and two kids, and we transform our house all the time. We haven't defined which room belongs to the kids, and which one belongs to the adults. It's always changing in the moment. Our kids are transforming us!" Beyond sharing the adult bed with the little ones, he trusts in the concept of sharing. "We talk about wasting food and clothes, but why dont we talk about wasting space?" 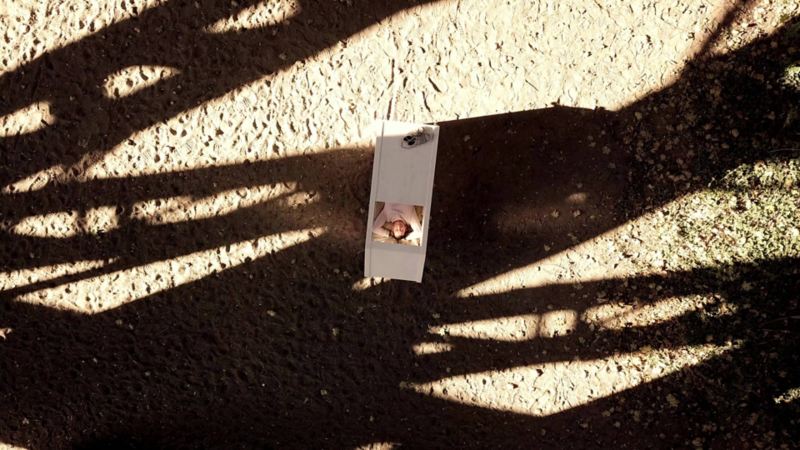 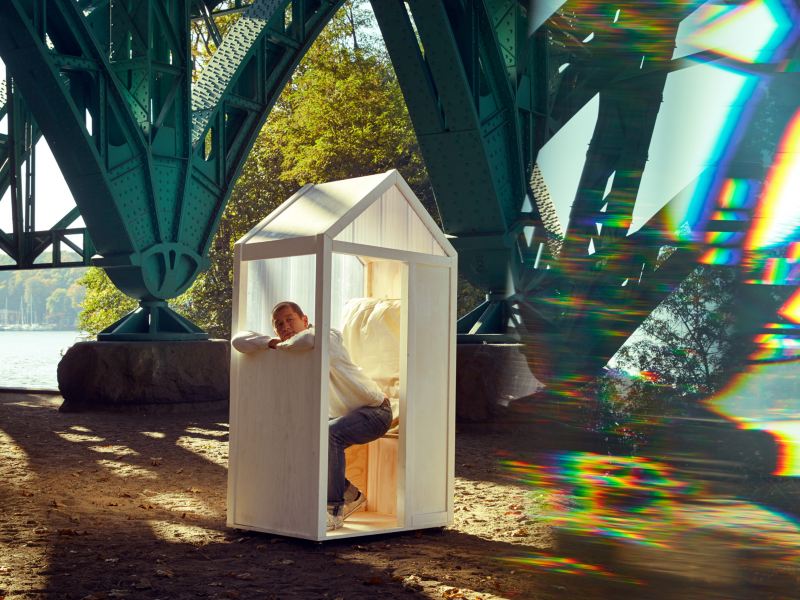 When talking about homes, Van Bo isn't confined to four walls. This visionary dreams of a house on wheels. E-mobility frees us from the traditional designs of a car. We have the freedom to design its space uniquely. No need for bulky motors. He imagines making a tiny house inside an electric car. "Wouldn't that be great - to not go from my home to the office, but to move my entire house to wherever I'd like to work!?" Van Bo continues fantasising about technological advancements and autonomous driving. "Why should we focus on the traffic if we can focus on the kids? You know, we could have breakfast in the car!" He sees e-mobility as a messenger of "a new era", and an opportunity to find new ways to organise cities that are open and accessible to everyone.

Making more out of less.

Van Bo's love of innovative future scenarios has meant he's founded initiatives including the Tiny House University, on Berlin's Bauhaus Campus. He set this up to invite society to participate and further develop these plausible space-saving ideas. To increase the awareness of his dreams of multi-functional spaces, Van Bo has considered opening his apartment up to strangers. "When I leave my home, why shouldn't I give it to people who would love to work in that environment?" His eyes sparkle when talking about connectivity. Van Bo's also passionate about making sharing smart. "I think it would be possible to connect all the spaces we have in some sort of library or app, so we can stop wasting so many resources." 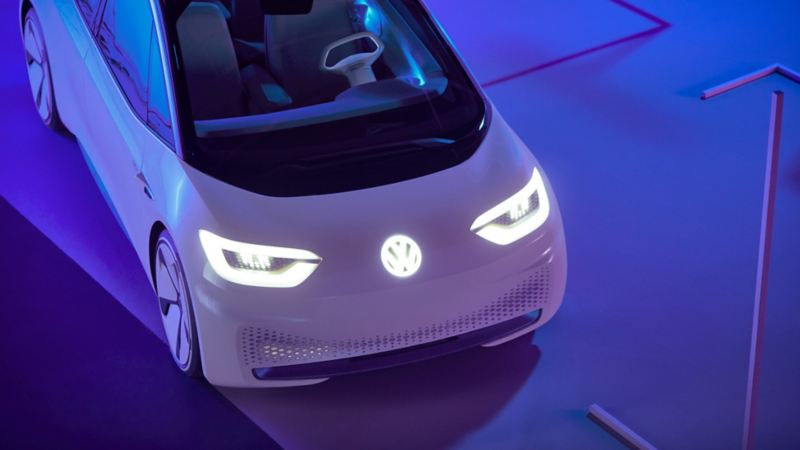 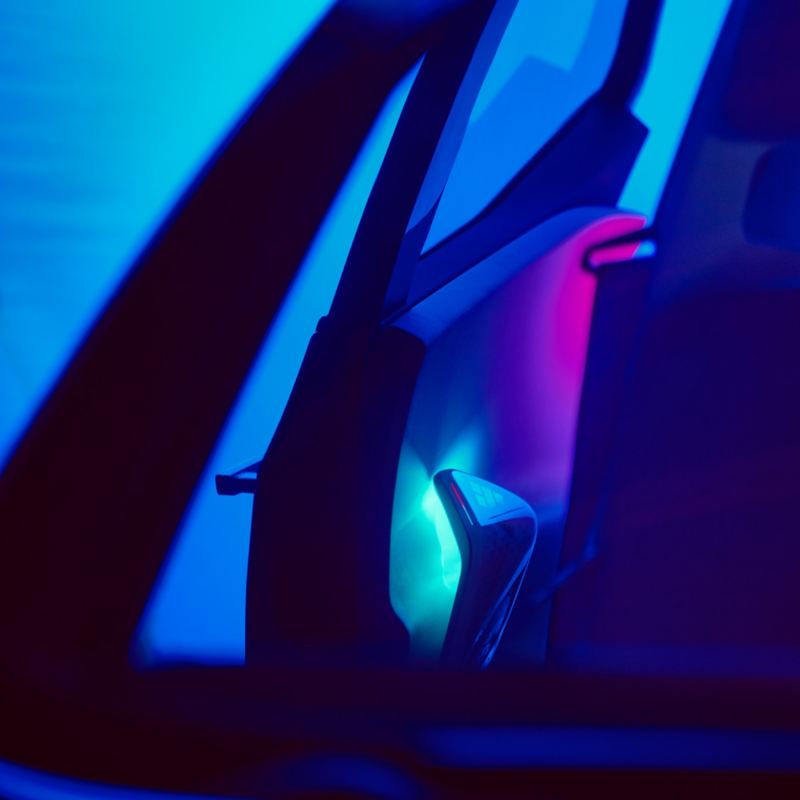 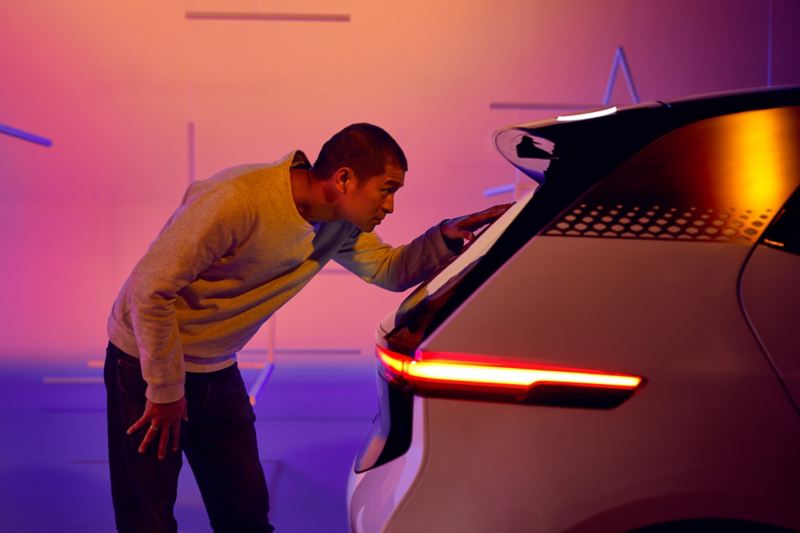 Wouldn’t that be great – to not go from my home to the office, but to move my entire house to wherever I'd like to work?
Van Bo Le-Mentzel

Van Bo Le-Mentzel is a graduate engineer, architect, artist, designer and innovator. He's taught Design as a visiting professor at the University of Fine Arts in Hamburg, given a TEDx talk, and he makes no distinction between work and time off. He doesn't see money or pressure as adequate motivators, and he believes that successful ideas are those that allow for open participation in the development process. 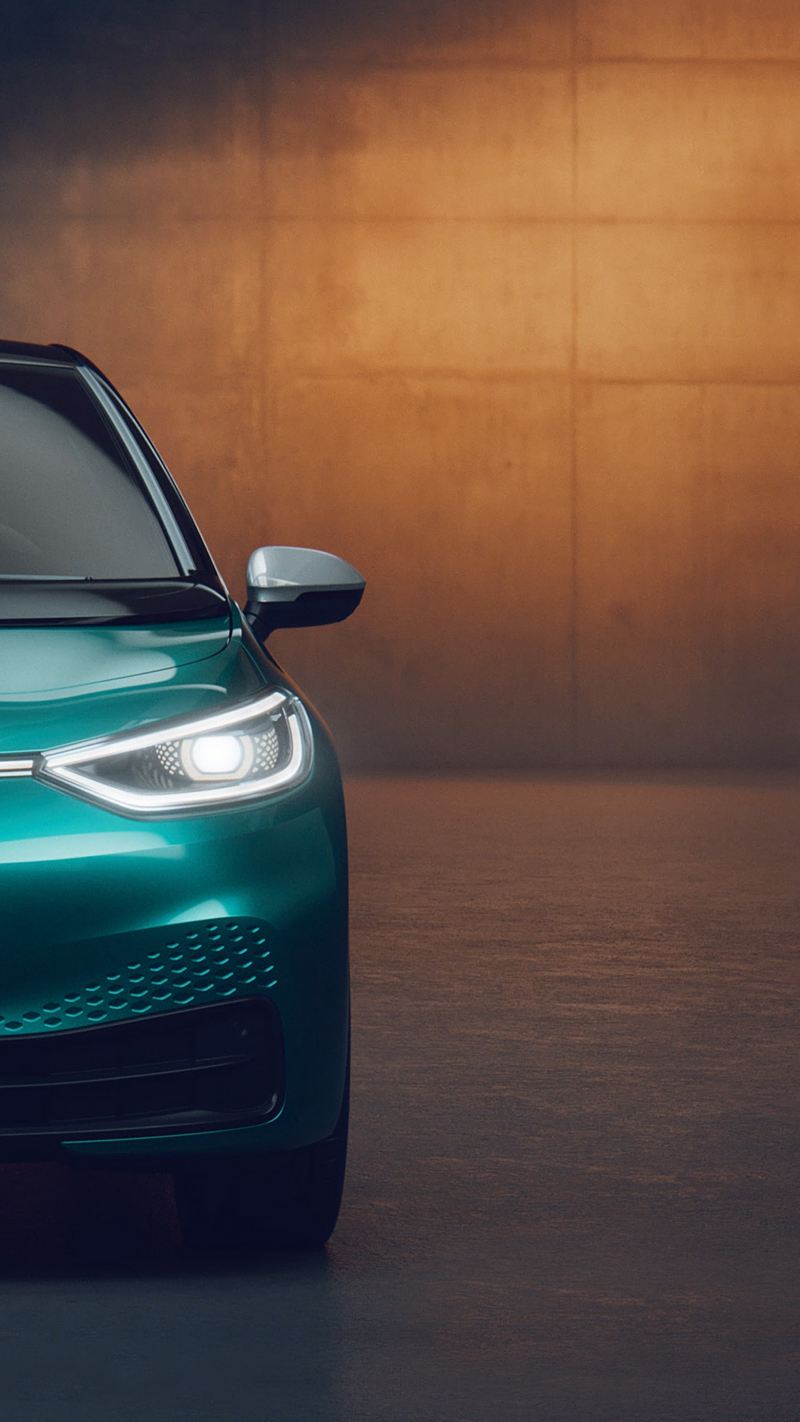 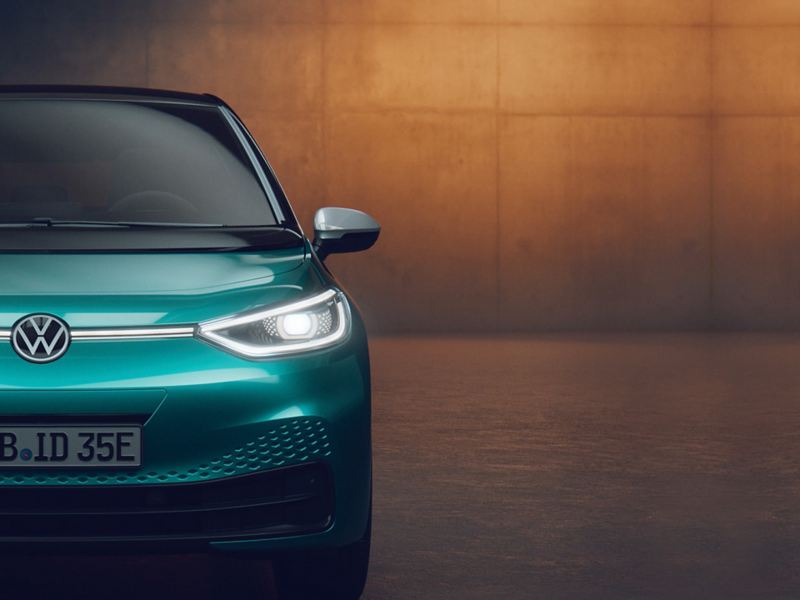 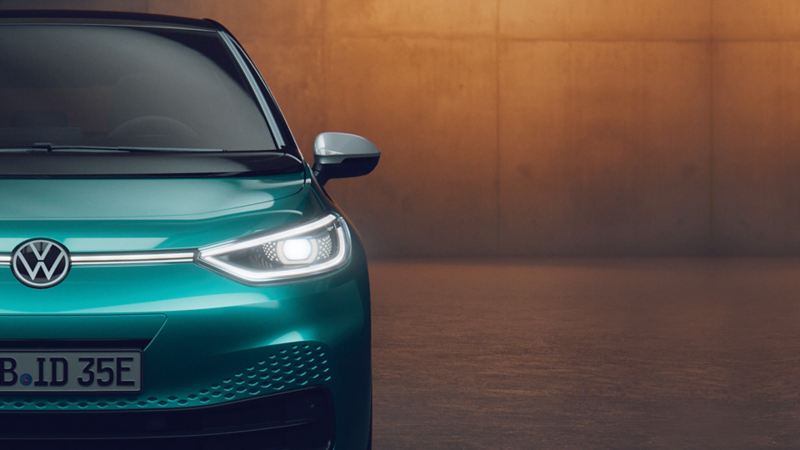 The opportunity to order the new ID.3 before its general release
Receive early news and updates about electric mobility and the new ID.3
Join the electric revolution.
Sign-up